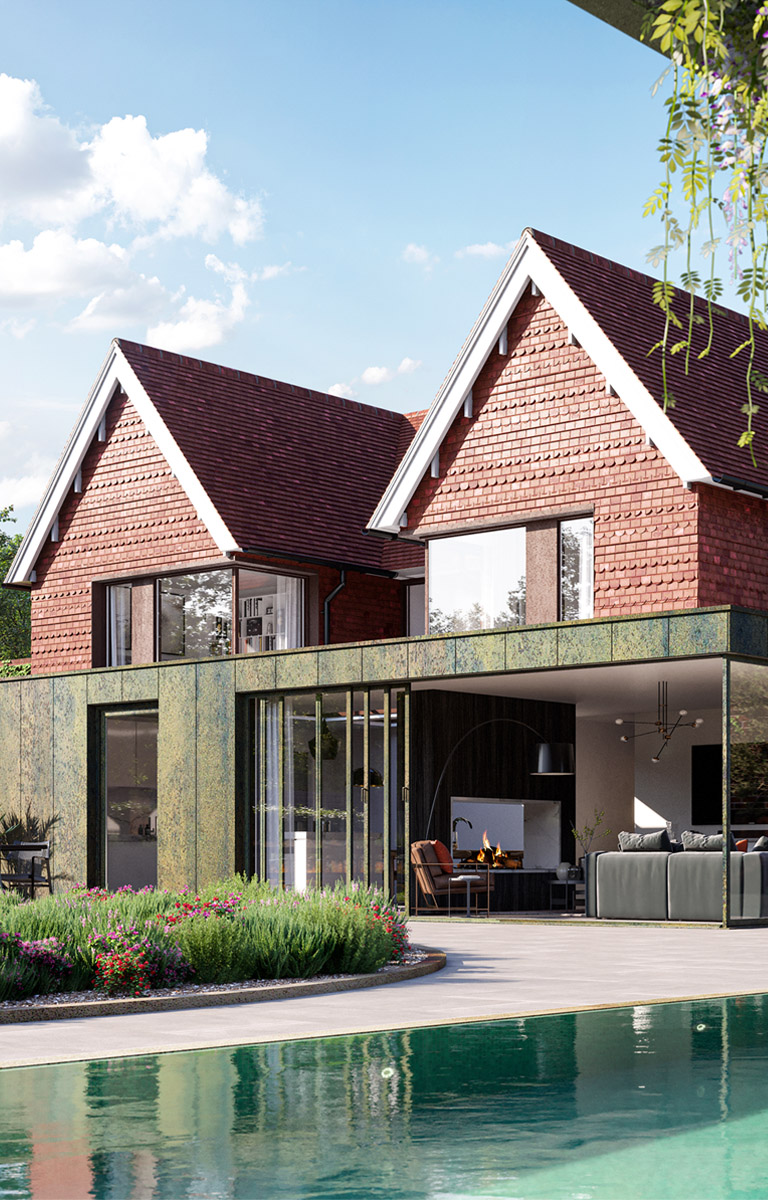 The Bothy, an imaginative re-development of an existing cottage, is situated in the Brickendon Conservation Area, which is part of the Green Belt. We have honoured the core elements of the current property whilst maximising the space and light available to our clients in the rear extension. We felt it was extremely important to retain the ‘cottagey’ character of the property, removing poorly conceived extensions and focusing on developing a nuanced duality between the twee and the adventurous.

To achieve this, we preserved traditional detailing such as the decorative timber work and the hanging clay tiles in the original quarters of the house to maintain its individuality. Conversely, there was reasonable creative license with the new back of the property, which includes a hidden ground floor. Because of the discrete position of this section, we were able to make especially inventive choices, such as the addition of patinated copper panels, which will be handwashed with acid by a specialist artisan, giving the property exterior a completely bespoke and inimitable feature.

One of the greatest challenges we faced with the redesign of this home was ensuring that the cottage portion of the home received adequate natural light. In order to achieve this, we chose to relocate the stairs leading to the first floor, opening the space up and exposing a large window on the upper landing. Through this subtle infrastructural alteration, the traditional quarters of the house are flooded with light, without losing its identity or mimicking its new counterpart. The brand new superspace to the rear incorporates kitchen, dining and living areas in an open plan, with a fire to maximise its cosiness in the cooler months. 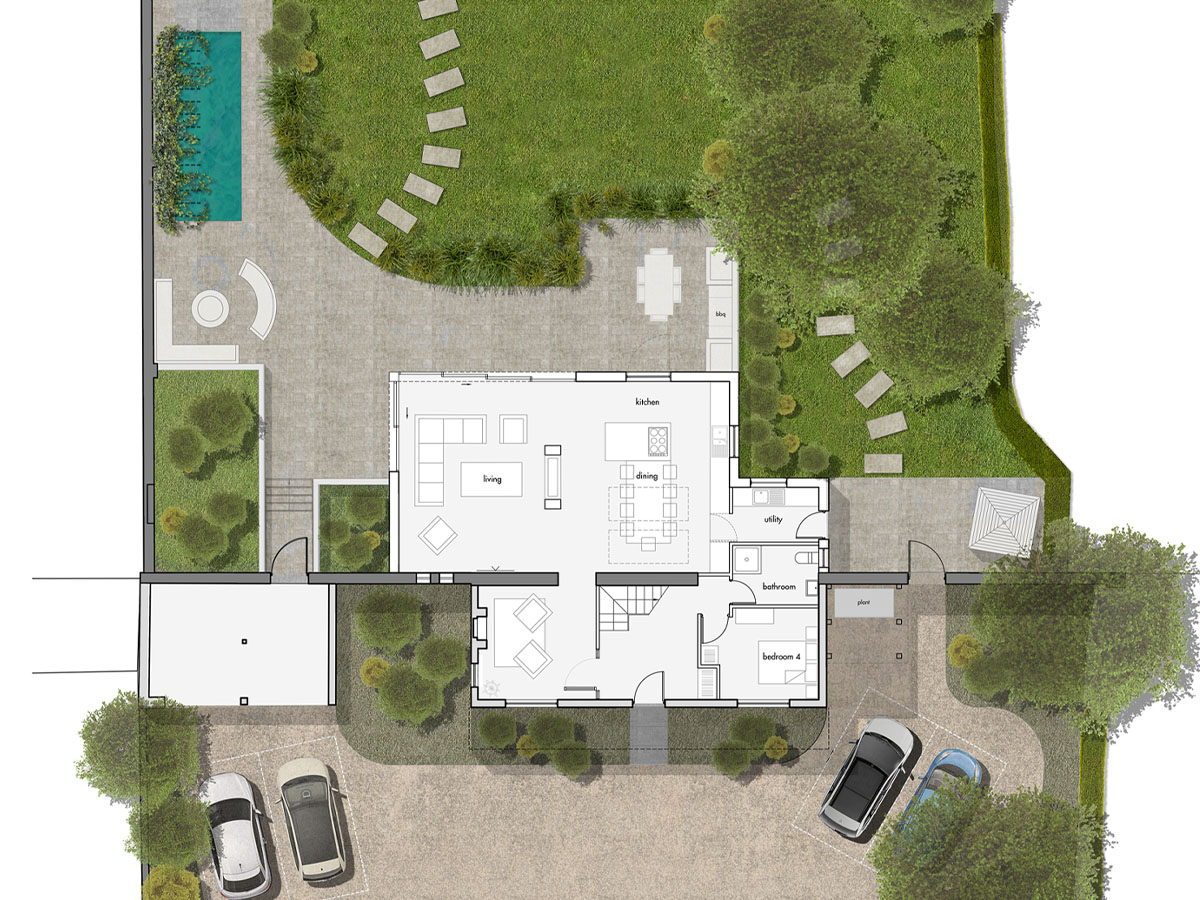 The creative use of light within the property is reminiscent of our work in Driftwood, however unlike that project (where light and space were used to unify the living spaces), the distinction between the concentrated light from the upper floor window in the original cottage, and the open and bright design of the extension helps convey the distinction between the traditional and the contemporary within The Bothy, without revealing the outcome of the property journey upon entry.

The Bothy lends itself to this plan, owing to its overlap of property heritage and the clients’ desire to create a completely unique and versatile property. This versatility is twofold, as it creates varied and interesting spaces for the residents, whilst maintaining a high level of privacy. This is exemplified in the windows which will feature in the front of the property; they are kept long and thin so light can enter and residents can look out without onlookers being able to look in. This sense of privacy and secrecy continues into the outside of the property, with a new grotto-style pool within the pre-existing walled garden, creating an intimate space that is protected by a barrier from the outside world.

The grotto pool will be nestled in the corner of the grounds, and be evocative of Grecian baths, with trailing vines and dark green tiles. This location and aesthetic were selected to re-emphasise the cottage’s intimate character, and to go against the grain of traditional pool tiling, whilst coordinating with the red brick of the house, and the verdant garden. These unconventional tiles also complement metal extremely well, informing our choice with the patinated copper wall. With all these interesting and distinctive material choices, the exterior of this cottage is a feature that our team are particularly excited to make a reality.

In terms of increasing the sustainability of the house, we will change the heat source from oil to an air source heat pump. Additionally, through clever use of space we have substantially increased the living capacity of this house, through doubling the number of bedrooms and bathrooms, without challenging the preservation of the Green Belt. 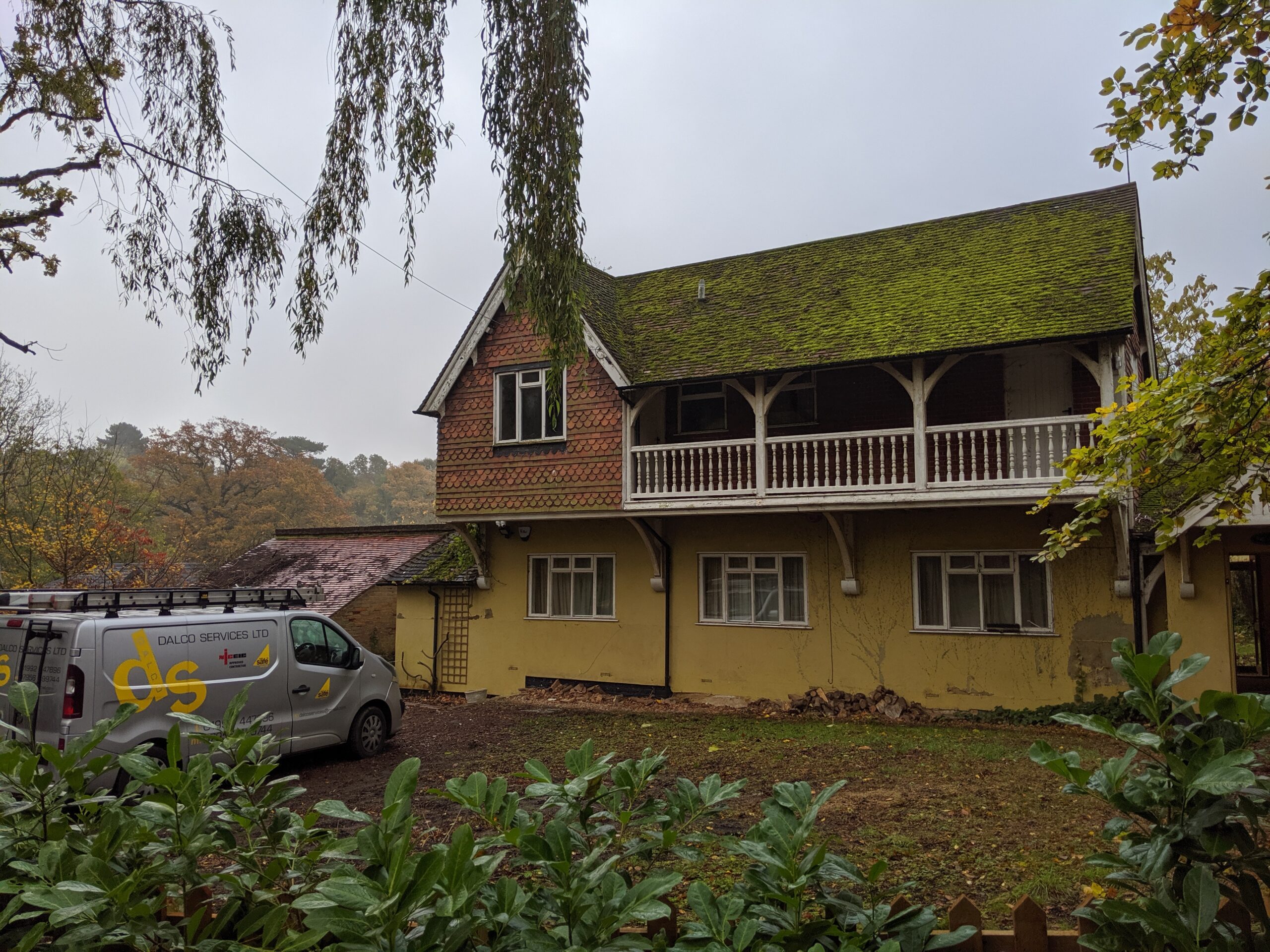