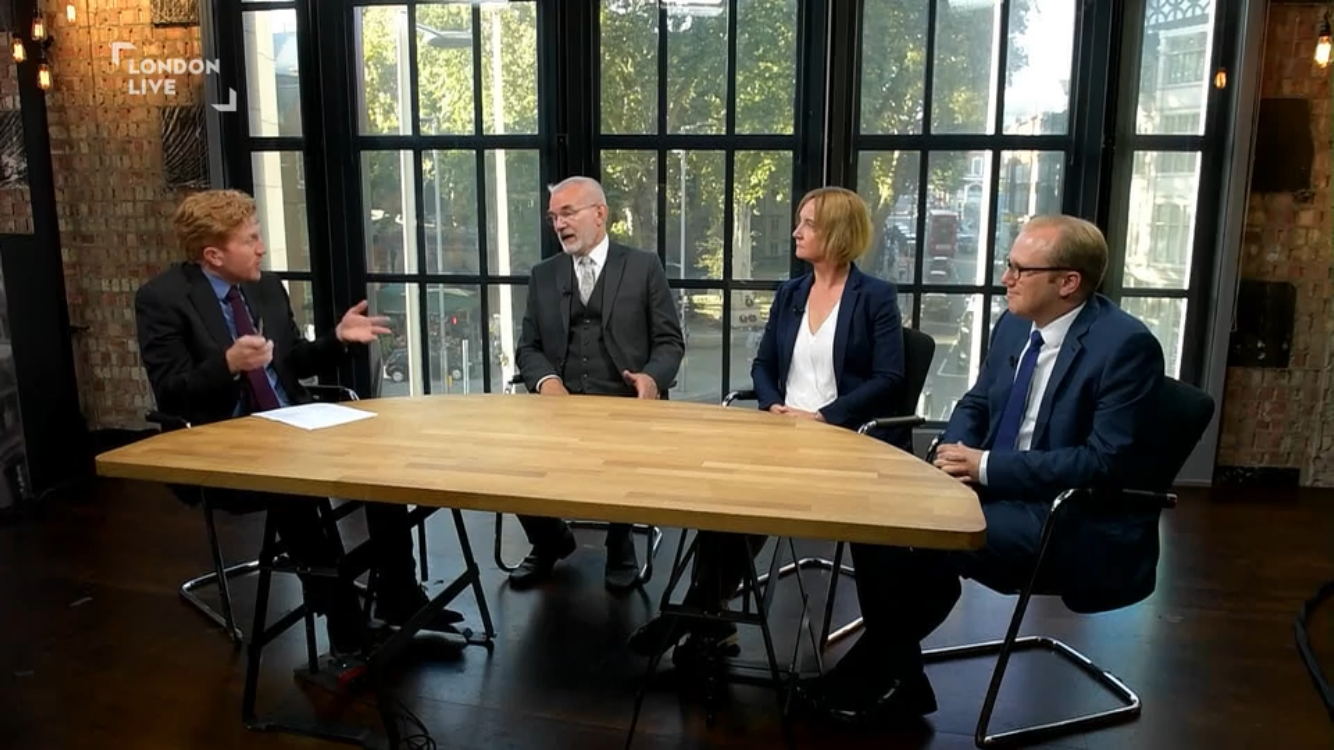 Melanie Clear, founder and director of Clear Architects, has appeared in a live television debate for London Live. The discussion focused on the potential impact of Brexit on London’s housing market, with Bank of England Governor Mark Carney having recently revealed that a no deal scenario could lead to house prices falling by as much as 35%.

The debate was chaired by London Live presenter, Luke Blackall. Other panellists included Andrew Boff, a Conservative member of the London Assembly, and Dr Peter Hill, director of the Parliament Street think tank.

One potential consequence of a dip in house prices could be that more homeowners choose to stay put in their existing homes and focus on improving them, rather than moving. Brexit may also lead London’s property-flipping mentality to die out – the phenomenon of purchasing a revenue-generating property for profit, before quickly re-selling and moving on.

Melanie Clear said: “Homeowners, you can look at the site you have and assess the opportunities for upgrading your house. For example, you could extend a four-bed house to a six-bed dwelling as your family grows.” This could result in people making refurbishment choices based on personal design style rather than to maximise profit.

Local authorities in London could do more to make unused parcels of land available, opening up space for property development.

Andrew Boff said: “There’s a lot of opportunities we could be taking, but we need to activate these pieces of land. The problem is that big government has a way of talking to large development companies, but not ‘Bob the Builder’ who could do small projects on land that could be used for housing.”

Melanie also highlighted the difficulty of finding plots in London. She said: “The councils have pockets of land. They could say to those people who have an interest, this is where you put your name down, this is where we’re going to be showcasing what we’ve got. That way we can see whether these channels can be opened up.”

A broad-minded approach to planning policy could also be part of the solution to building more homes in London.

Melanie said: “I understand that we’ve got a lot of Green Belt land outside the city, but inside there are real opportunities and they’re not being fulfilled. That stems to planning departments being a bit more open-minded – a house doesn’t have to look like it did in 1940. It can be different and still provide a great quality new home.”

Good design and modular construction could provide alternative routes to creating more homes within the city. As a result, planning departments could receive more applications to create unusual buildings on sites that have previously been considered unsuitable for development.

Melanie said: “You can create such innovation, and there’s a lot more that could be done. There’s a real opportunity with manufacturing homes, so it’s important to see the positives that can arise out of a potentially negative scenario.”

She continued: “There’s a real opportunity for creating fantastic new spaces, and that’s what these homes could be. It arises from the context you’re working within, and that could be upgrading an existing building or building on a site next door. You could have a very skinny, three-storey house, for instance.”